Erin and Alex’s Wedding at the Cape Club 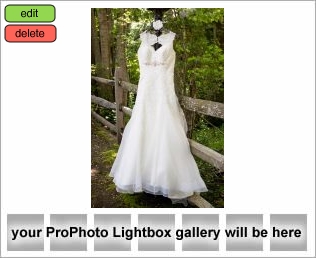 I first had the privilege of meeting Erin and Alex at Matt and Lara’s wedding in 2014 and was thrilled when they called upon me to capture their big day.  Their wedding was filled with Russian and Jewish traditions, as well as many personal touches.  The first thing that caught my eye was an embroidered handkerchief Erin had made for her mom with an adapted quote from the classic children’s book, I’ll Love You Forever. My second shooter, Shawn Black, captured Alex’s personalized gifts to the groomsmen, a pocket watch engraved with the date of the wedding.  I was even more glad than usual to have the 2016 Boston A-List winner by my side that day as I was getting over a terrible stomach bug, so I knew no matter what happened to me, Erin and Alex would be in good hands.  It was a perfect example as to why I only ever employ award-winning professional wedding photographers with years of experience as my second shooters instead of using photographers who are just entering the field.

While I captured shots of the elegant Erin getting ready, Shawn photographed Alex looking ever so GQ. Then it was time for the big reveal.  The Inn on the Square provided a beautiful shaded backdrop for this wonderful first look.  Shade is one of the most important elements for great first look shots because it allows you to see the emotion on the bride and groom’s faces so much better.  They don’t have to squint in the sun.

Their cake was exquisite with bejeweled frosting flowers and Erin’s grandmother’s cake topper from her wedding.  If you look closely at the shot of the cake, you can see her Grandma’s reflection in the window admiring the cake.   As with all great Russian weddings, the night was filled with free flowing vodka followed by chants of “Gorko!” and the accompanying long kisses by the couple.  The only thing that could have possibly made the night better for Alex and Erin is if their dog Stevie could have been there.

Photography tips and tricks: Alex and Erin’s Rabbi asked initially, due to previous experience with disrespectful photographers, that we not take any photographs during the ceremony.  After speaking with him about his concerns, he was willing to let us have a GoPro camera attached on the microphone stand that silently took photos every 2 seconds, a stationary camera taking video, and a stationary photographer at the back of the room if we used no flash at all. The GoPro camera produced some interesting angles.  If I was to do it again, I would have the couple stand further away from the GoPro, or have it mounted somewhere above them in the Chuppah. You can see the setup and resulting images below.

Special thanks go out to Jocelyn Loftus-Williams! My very best friend from high school happened to be in town for the weekend and knowing that I had been so very sick, she drove me to the Cape and back that night so that I could get some rest on my way out there.  That ride and her assistance that day enabled me to provide Erin and Alex with the extremely high level of service I like to afford all my couples on their big day. I could not have done it without you, Jocelyn!
Posted in Weddings
3 comments
« Sophia and Maya at 6 months
Southern Hospitality Meets New England Charm — Lauryn and Joe’s Bar Harbor, Maine Wedding »